Steve Bernard has been presented in this reality on two compilation albums of the Discoteque Dancante series, but although he has recorded at least 12 career albums, this is his first career album presented here.

A short text under one of these two compilations, written by our friend Frank-Oliver, reveals that Steve was born 1915 in Romania, lived in Vienna and finally emigrated to Brazil. It also raises a strong suspicion about his name, as, although the Romanian border is less than 100 km away from Belgrade, I have never met or heard about a Romanian with even a similar name.

Frank-Oliver pointed out the fact that on Steve Bernard‘s album Ritmo Espetacular an interesting lady with the name of Valéria is singing, an information that also moved Steve‘s discography into the focus of my interest (incredible, but there it is).

An additional enquiery shows that Valéria is singing on at least three of his albums, among them on this one presented today.

Now, finaly, after listening to Top Hit Party, I am able to say:

She is interesting indeed, Frank!

Besides Frank-Oliver‘s text, you may also read the linear notes on the back cover written by Silvio Tulio Cardoso. 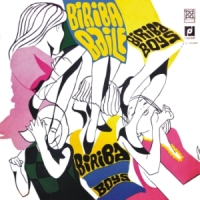 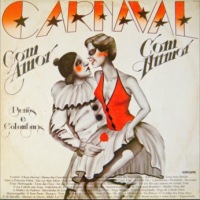